Plaid Cymru call for a freeze on NPT Council Tax

Plaid Cymru call for a freeze on NPT Council Tax in “exceptionally difficult year” for our communities.

Plaid Cymru’s proposed amendment would have seen the council tax frozen for one year and still have left the Council with reserves at the very higher end of the range recommended by auditors. 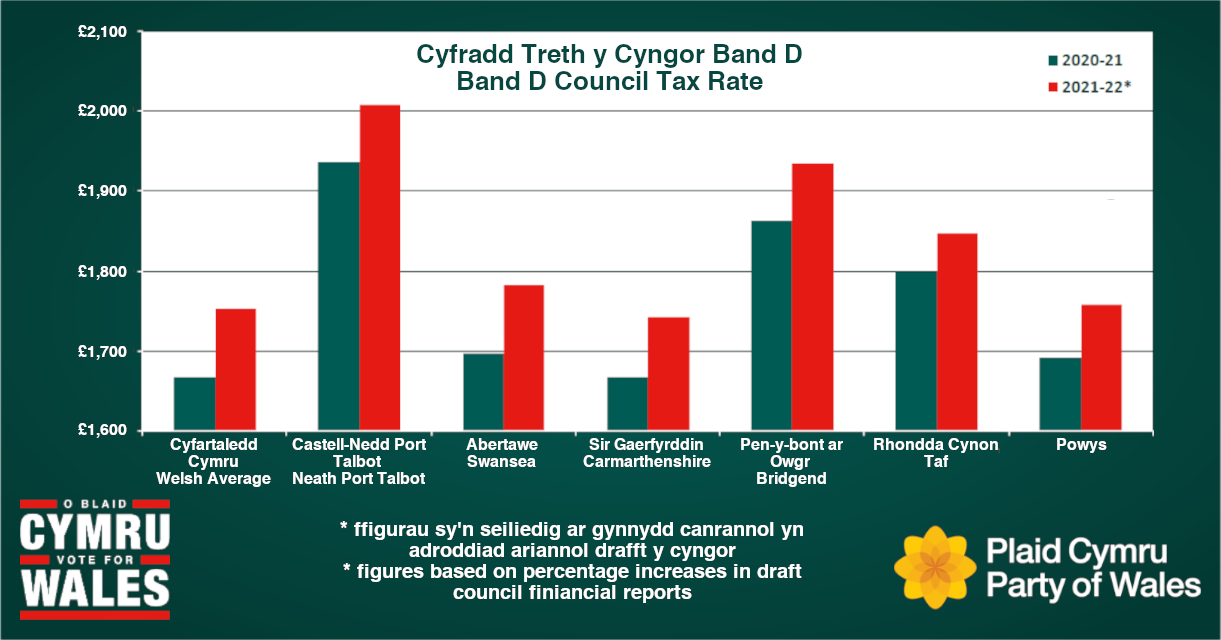 “This has been a very difficult year for the authority and these are very challenging circumstances to set a budget. But they are very difficult times too for our communities and residents, after a year of pandemic restrictions, lockdowns and job uncertainty. This comes on top of years of austerity and cuts in council services which have affected the environment and quality of life of all our communities.

“Despite the public consultation response which shows overwhelming concern about the level of council tax, we were being asked to approve a budget that will increase council tax yet again by 2.75%.

“The Labour administration have acknowledged the concern by reducing the recommended increase from 3.75%  to 2.75% but that will still leave NPT with the third highest council tax in Wales by a very large margin.”

“The public consultation reflects the palpable sense of unfairness that our council tax is so much higher than ALL our neighbouring councils – Bridgend, Powys, RCT, Swansea, Carmarthenshire – when our services have been cut year on year.

“That is why the Plaid Cymru group proposed a freeze on Neath port Talbot’s Council Tax for this exceptionally difficult year.”

“We have examined the figures.We are always told that reserves are needed for a rainy day – well it’s been metaphorically tipping down all year for our towns, villages, and communities. Now is the time we need to help the people.”

“Neath Port Talbot residents pay one of the highest rates of council tax in the whole of Wales. Plaid Cymru has shown that the Labour run Council had a choice this year to take the pressure off people who are struggling as a result of dealing with the biggest economic and health crisis in living memory.This would have made a huge difference to hundreds of families who are unfairly burdened with this tax.

“Plaid Cymru has pledged to reform Council Tax if elected to government in May’s Senedd election. The Institute for Fiscal Studies’ describes Wales’s council tax system as “out of date, regressive and distortionary”, and I’m glad Plaid Cymru has committed to making council tax fairer and more progressive.