Leader of the Plaid Cymru group on Neath Port Talbot council, Councillor Alun Llewelyn, has welcomed the investigation of the tape recording of Council Leader Rob Jones’s alleged personal comments about political opponents, school closure policies, and potential discrimination against Plaid Cymru and Independent Councillors that have been democratically elected to work for their areas.

"That investigation needs to be fair and thorough, but these are serious issues - and there should also be an investigation of the political culture of the Labour Party and the way they run councils in south Wales.

“I am very concerned about the contents of the tape as it undermines public confidence in the fairness of the council’s budget and spending in different parts of the county, and the way in which council decisions are made. We need to have explanations about the statements in the tape and I have asked the council’s chief executive and monitoring officer to look into this urgently." 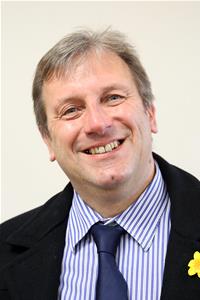 "I am aware that the consultation report on the reorganisation is due to be published imminently and have written to request that the reorganisation process be suspended for two reasons:
- There has been a complete loss of confidence in the process, and the local authority’s intentions, among parents and residents following the disclosure of alleged comments by the Leader of Council Cllr. Rob Jones. To continue in these circumstances while the situation is under investigation is untenable.
- Secondly, a number of parents raised concerns that proper consultation was affected by lockdown. I understand that Welsh Government have issued new guidance allowing extension of consultation periods to take account of the pandemic and Carmarthenshire for example have extended their own school reorganisation consultation period."
Do you like this post?
Share Tweet