Save Our Care Home Campaign 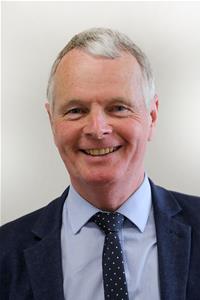 Members of an Action Group in the Vale of Neath are re-launching the campaign to save their care home from closure eighteen months from now.

Neath Port Talbot Council, which had previously listened to the voices of those fighting to retain the Trem-y-Glyn care home in Glynneath some ten years ago, performed a u-turn in 2016 claiming that the retention of the home was no longer viable. Following a minor refurbishment, the home was condemned to close in 2022.

Plaid Cymru councillor, Dr. Del Morgan, who is the Convener of the Trem-y-Glyn Action Group, argued that he was always convinced that there would be an increase, not a reduction, in the need for such care homes over the coming decades, and he has welcomed the more recent noises from Neath Port Talbot Council that they are at last giving serious consideration to this argument.

“I’m a little more optimistic now that the Council is beginning to reconsider this whole issue,” he said, “although I believe that we are beginning to run out of time, and that the time is now right for the Action Group to re-launch its campaign to save the home and seek a commitment to retain our care home indefinitely.”

“With people living longer and with the baby-boom population coming through, how could we possibly see a reduction in the numbers of people who will need care homes? Trem-y-Glyn is such a homely facility, with dedicated staff and residents who are happy to remain near to their communities,” Councillor Morgan added.

The County Council’s Social Care, Health and Wellbeing Cabinet Board is monitoring the situation at present, and Action Group members are hoping that the Board will once again listen to their voices and reprieve the home, either by giving at least a three-year extension to the closure period in the short term, or by granting a permanent extension to the home’s existence immediately.

“I implore the Council to lift the potential threat to this home immediately,” said Councillor Morgan. “At the very least, let’s see a three-year moratorium on any closure plans so that we can work up further research to show that this home is needed as a permanent facility.” He added, “I’m so grateful for the work and support of everyone who has been active in the cause of Trem-y-Glyn, including the Action Group, staff of the Home and the residents and their families.”