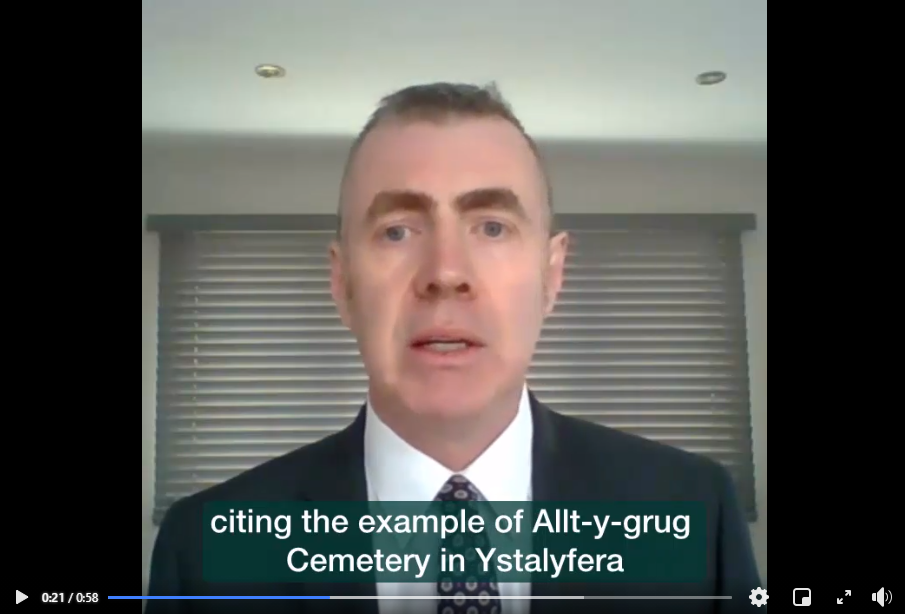 Mr Jones can also be heard telling officers to “go and search down behind the backs of the sofa” to pay for a new road which he boasts resulted in people “turning to the Labour Party.”

Plaid Cymru Leader Adam Price said he had written to the Auditor General requesting an investigation into the remarks and to ensure “robust checks and balances” to safeguard against the potential misuse of public funds for political purposes in Welsh public authorities.

The Plaid Cymru Leader said that seeking “narrow party advantage” through the misuse of public spending would be a “flagrant and totally unacceptable abuse of power”.

Mr Price challenged Mr Drakeford to back the investigation and to condemn directly the comments made by his Labour colleague during today’s FMQs – a request Mr Drakeford refused.

“The recording of Councillor Rob Jones reveals a sinister way of going about politics where he astonishingly alludes to favouring projects supported by Labour Councillors for public funding.

“The interests of our people and communities at large should determine the allocation of public funds, not narrow partisan interests and a desire to settle political scores. Seeking narrow party advantage through the misuse of public spending decisions would represent a flagrant and totally unacceptable abuse of power.

“I have written to the Auditor General requesting that he not only investigates the remarks made by Councillor Jones in the recording, but also ensures robust checks and balances are in place to safeguard against the potential misuse of public funds for political purposes in Welsh public authorities.

“The revelations which have come to light as part of the Neath Port Talbot Council saga have worrying echoes of the Tory Government’s Budget and the way in which it blatantly rewards Tory-won seats at Wales’s expense – pointing to Wales having its own problem of pork-barrel politics on Labour’s watch.

“It was disappointing that the First Minister could not find it in himself to support an investigation by the Auditor General and was also unable to condemn the outright misogynistic comments made by his colleague.

”It's extremely disappointing that the Labour First Minister did not use this opportunity to back Plaid Cymru's call for the Auditor General to investigate the comments allegedly made by Neath Port Talbot Council leader Cllr Rob Jones.

"The people of Neath deserve a thorough and transparent investigation at the highest level to ensure that faith is restored in their Council. With an election approaching, it is incumbent on politicians to do everything possible to promote the integrity and accountability of our elected bodies. That the leader of the Welsh Government, and of the Labour Party in Wales, refuses to take action to do so, strikes a blow at the electorate's confidence in the democratic system which is meant to serve them."