Plaid Cymru in Neath have reacted to the news that the Public Service Ombudsman for Wales has found that former Neath Port Talbot council leader Cllr Rob Jones did not breach the council’s Code of Conduct. 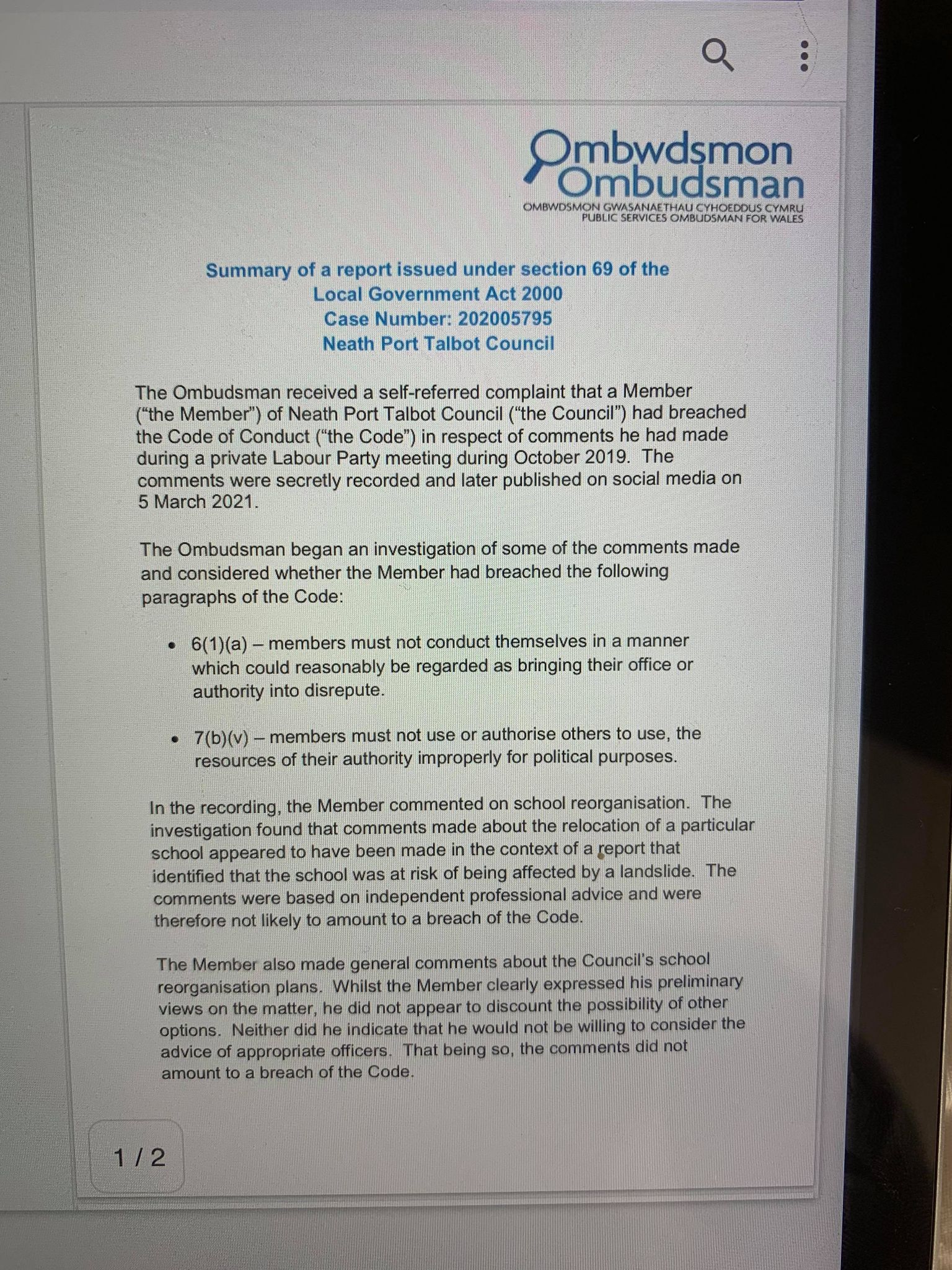 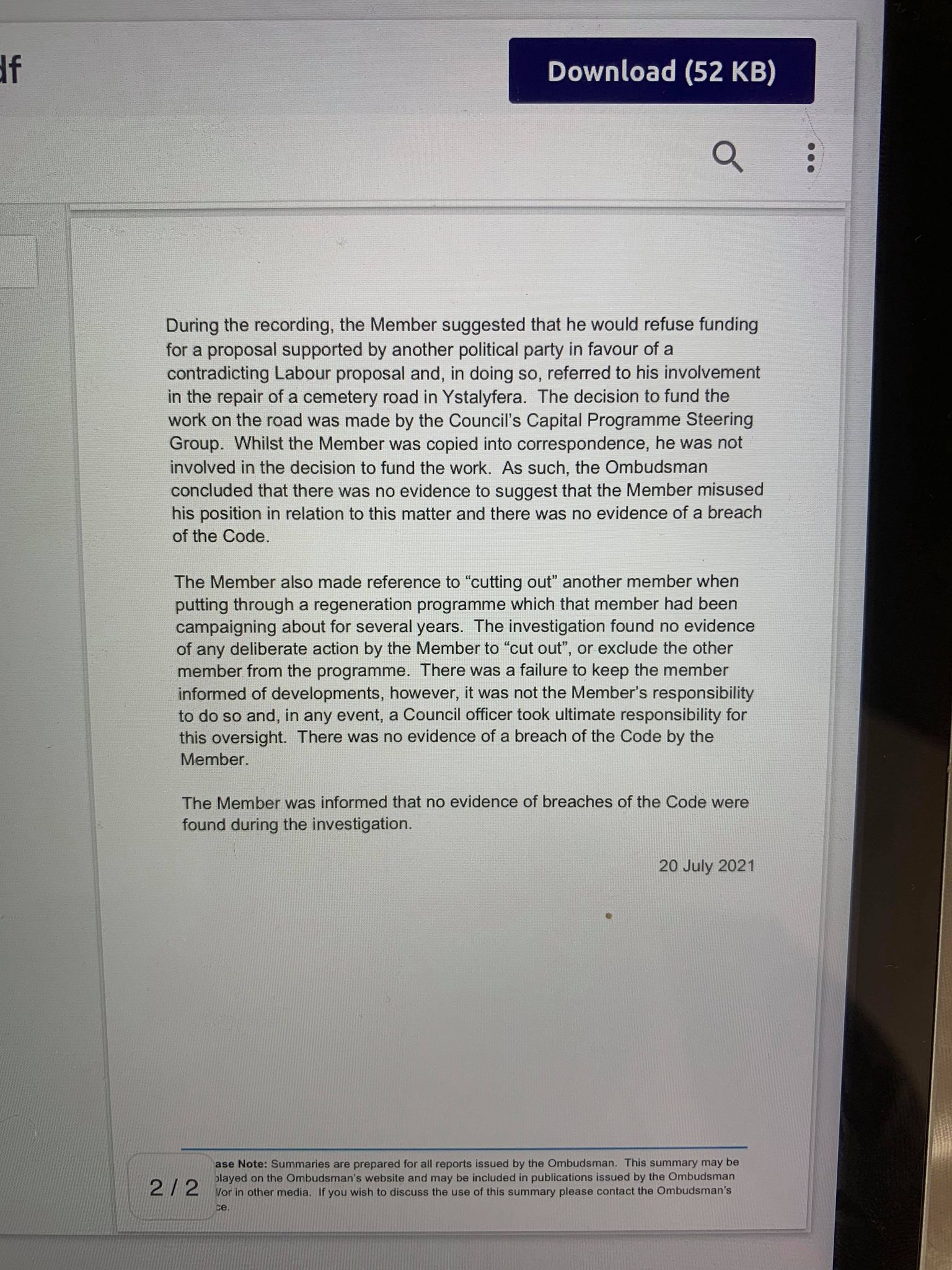 Cllr Jones was recorded addressing a private Labour Party meeting and heard to talk openly about redirecting council funds to Labour wards and away from Plaid held wards and also stated his preference for the controversial Swansea Valley super school before the public consultation had even begun. He also appeared to claim that the Independent member for Seven Sisters was deliberately cut out of the loop when the programme to upgrade Cefn Coed Colliery Museum was being developed. He was also heard to make a spitting noise when mentioning the name of former Plaid MS Bethan Sayed.

Plaid’s Constituency spokesperson said; “The Ombudsman has determined that these actions were in fact not at odds with the Code of Conduct. This appears to be a highly technical decision and we will not criticise the Ombudsman for that, but this affair cannot just be allowed to be brushed under the carpet.

“We all heard Cllr Jones appear to claim that he had a strategy of depriving non-Labour wards of funding in order to make Labour members look better than their political opponents. We heard him say that Cllr Hunt was cut out of the Cefn Coed development, despite his previous involvement in the site, again to make Labour look good. We also heard his remarks about the small schools of the Swansea valley and the misogynistic insult aimed at a former Plaid Cymru Member of the Senedd.

“We heard what Cllr Jones said and those words won’t ever go away. His actions represent a breach of trust and an affront to democracy in Neath Port Talbot. The Ombudsman’s decision is based on technicalities, but the spirit of the contract between a senior elected member and the people of the borough has been seriously damaged.

“We trust that the Neath Port Talbot Labour Party will take responsibility for further disciplining Cllr Jones for his actions.”

Plaid council group leader Alun Llewelyn said; “People were astonished to hear the tape recording. It showed the way that the Labour Party arrogantly dismiss the views of local people and the legitimate work of councillors from other parties. “While the Ombudsman’s report says there was no evidence of a breach of the code of conduct, there has already been serious damage to the reputation of the council and local government.”

Sioned Williams MS, Plaid Cymru’s Regional Member of the Senedd for South Wales West added; “I am rather surprised by this decision but public opinion has judged Cllr Jones’ comments otherwise - the disregard for the communities and democratically elected representatives and the misogyny displayed towards a Member of the Senedd, my predecessor Bethan Sayed, should not pass without censure. "